A good friend from my neighborhood is always busy baking pies and also does cooking for a theater crew.

We said several times to each other  to create a cooking vlog once, but we never did.

Talitha called me one day and said she was going to cook for a theater crew soon. Because she went on tour with them.

When I had said yes, shortly afterwards we planned some fantastic ideas for a menu. The plan was that we were going to make a 3-course menu. Because she is vegan and always makes vegan food for others, I came up with a number of dishes that we could easily veganize. I chose to cook Italian because there are many Italian dishes easy to prepare vegetarian or vegan.

As starter we had Gnocchi Mushroom veloute with vegan pancetta.

And the dessert was a vegan tiramisu speculaas tart.

Because this was in December we did it a bit in Christmas style.

Talitha is more an expert in vegan cakes, so she started making this incredible cake.

I was busy with the starter and main course because this was more my thing.

When I made prepared this dish for the first time I did this with gnocchi along with scallops and crispy cabbage and pancetta and the mushroom sauce. but I must honestly say that this vegan version was also stunning.

We did the preparations at home and the day after we were completely ready to hit the city of Brielle.

Where we use their kitchen in the theater building.

It was very nice that they had a professional kitchen with a gas stove, oven and other kitchen supplies.

We prepared and finished our dishes as a great team.

At 18:00 we served the starters and at 18:30 the main course and as quickly as possible the dessert at last.

The crew was so happy and ready to start their show with a full stomach of good food. 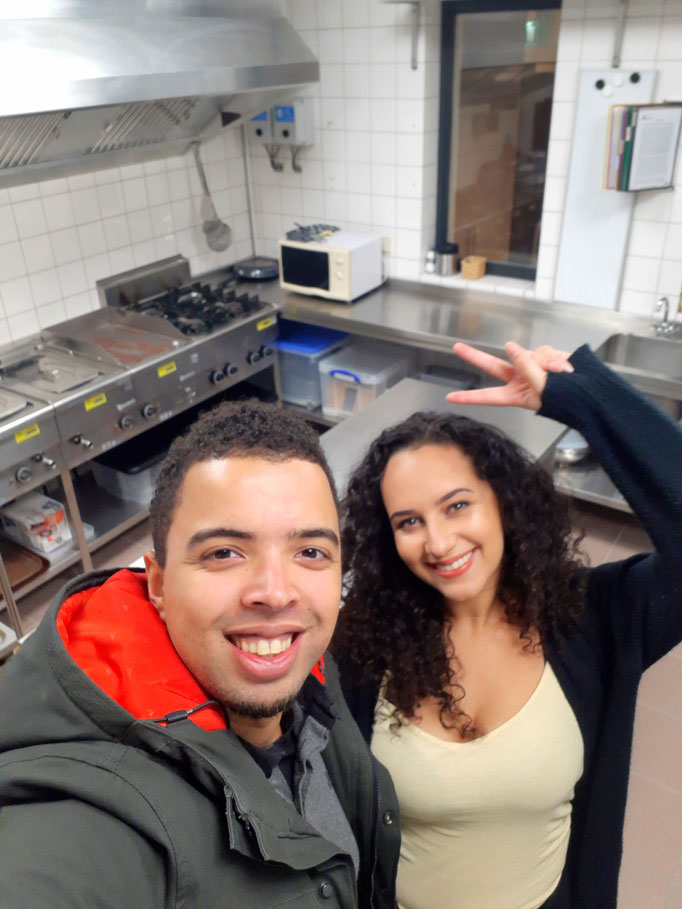 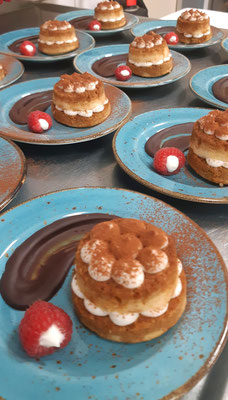 Talitha also works with the crew during the show with change clothing and mercendize sales, so I got a free spot among the audience to watch the show together with company.

It was a wonderful show and good to sit to after all that cooking!

At the end of the show something happened which was very surprising. I got a standing ovation together with talitha because we had cooked for them. the lead player of the theater called us through the microphone and the audience all started clapping. awesome ! Appreciation is always a beautiful thing and especially when cooking what you do with passion.

Here some pictures when we were finished with plating. 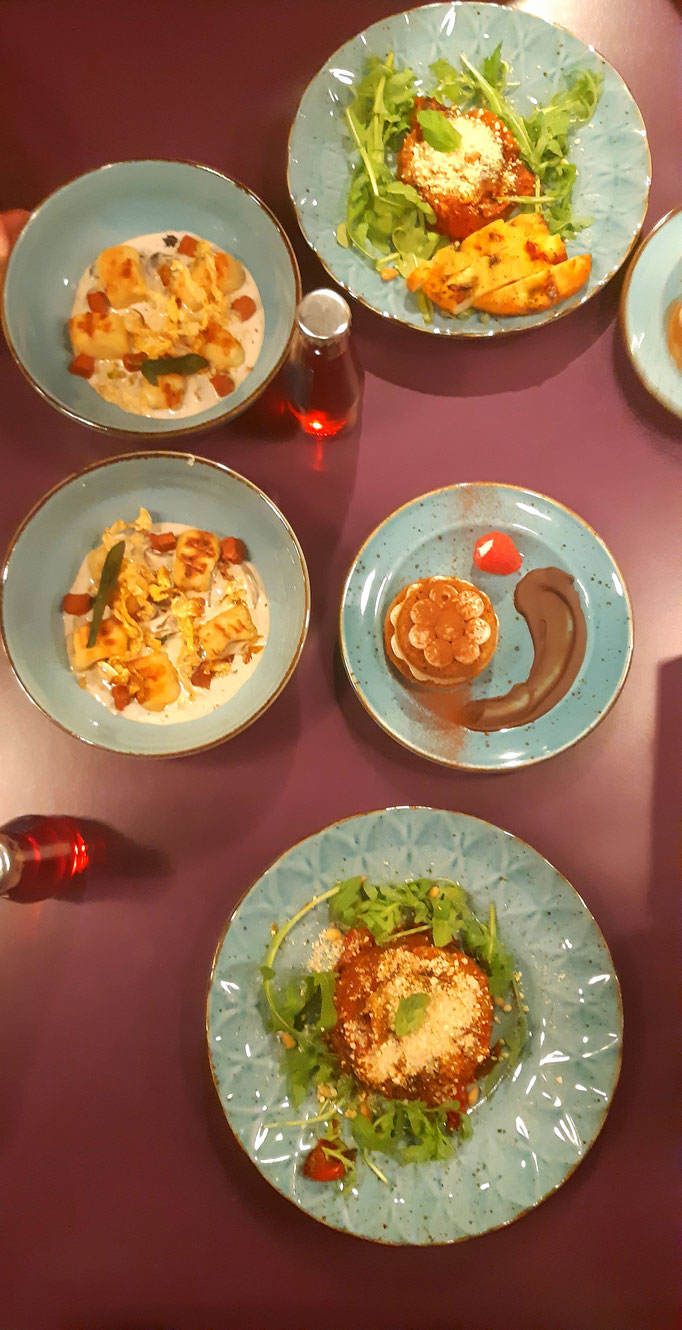 And here the results ! 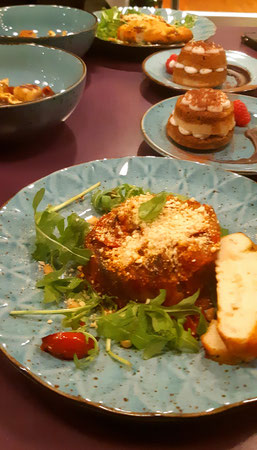